Home
Code
Developer
✨10 CMD Commands to make you stand out!✨

✨10 CMD Commands to make you stand out!✨

In this blog, I am not going to describe the common commands " 10 CMD Commands to make you stand out!". Here I am going to tell you the commands... 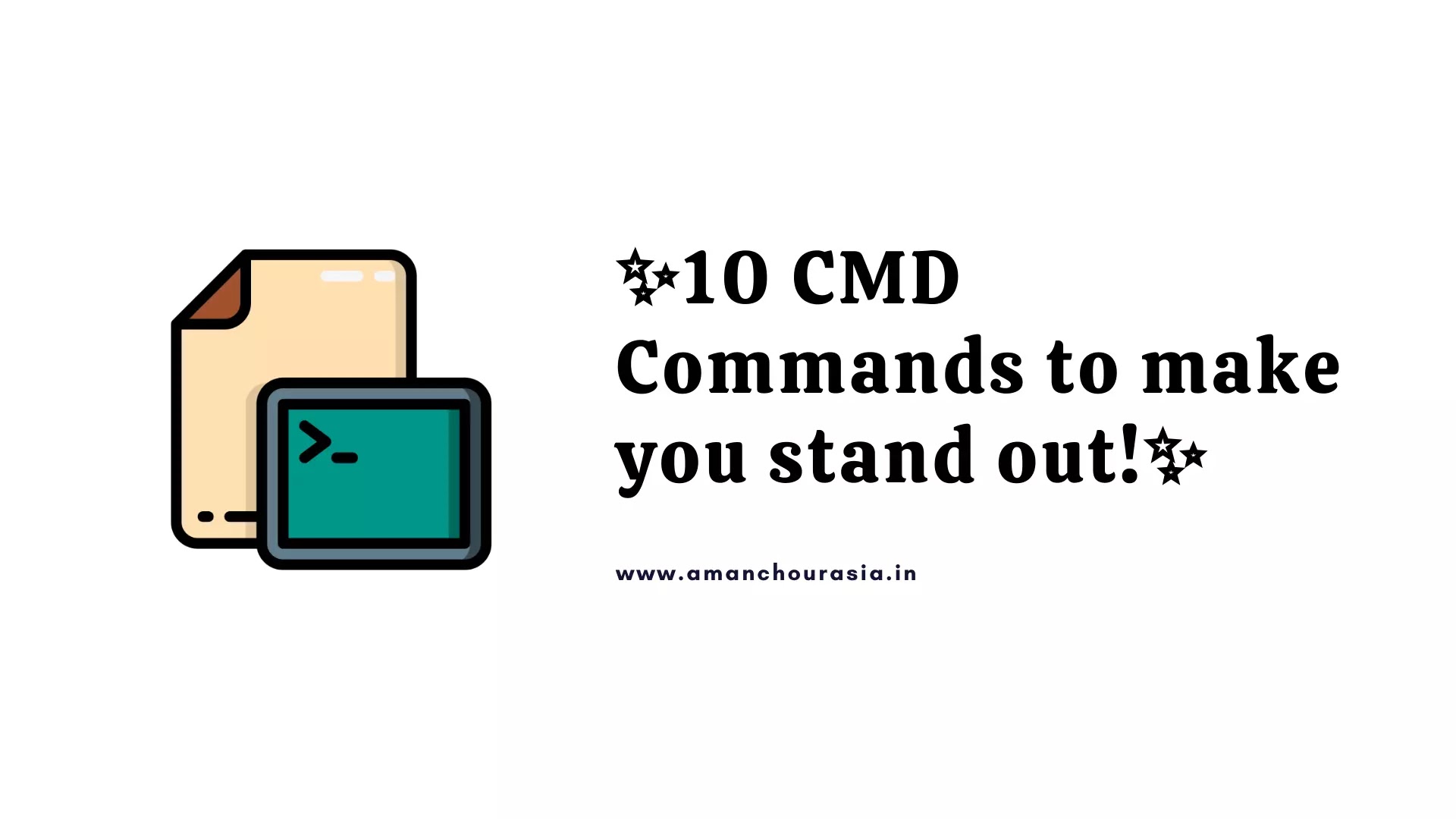 In this blog, I am not going to describe the common commands "10 CMD Commands to make you stand out!". Here I am going to tell you the commands which will help you stand out of the crowd using a command prompt...

Most files in Windows are associated with a specific program that is assigned to open the file by default. At times, remembering these associations can become confusing.

You can remind yourself by entering the command assoc to display a full list of filename extensions and program associations.

Deleting files on a mechanical hard drive doesn't really delete them at all. Instead, it marks the files as no longer accessible and the space they took up as free.

The files remain recoverable until the system overwrites them with new data, which can take some time.

The cipher command, however, wipes a directory by writing random data to it. To wipe your C drive, for example, you'd use the cipher /w:d command, which will wipe free space on the drive.

Drivers remain among the most important software installed on a PC. Improperly configured or missing drivers can cause all sorts of trouble, so it's good to have access to a list of what's on your PC.

That's exactly what the driver query command does. You can extend it to driver query -v to obtain more information, including the directory in which the driver is installed.

You can use this command to identify differences in text between two files. It's particularly useful for writers and programmers trying to find small changes between two versions of a file.

Simply type fc and then the directory path and file name of the two files you want to compare.

This command relays the IP address that your computer is currently using. However, if you're behind a router (like most computers today), you'll instead receive the local network address of the router.

Entering the command netstat -an will provide you with a list of currently open ports and related IP addresses. This command will also tell you what state the port is in; listening, established, or closed.

Typing ping followed by an IP address or web domain will send a series of test packets to the specified address.

This is a more advanced version of ping that's useful if there are multiple routers between your PC and the device you're testing.

Like ping, you use this command by typing pathping followed by the IP address, but unlike ping, pathping also relays some information about the route the test packets take.

The tracert command is similar to pathping. Once again, type tracert followed by the IP address or domain you'd like to trace. You'll receive information about each step in the route between your PC and the target.

Powercfg is a very powerful command for managing and tracking how your computer uses energy.

❤️ Thank you for reading ❤️

Your review of this article?

⚠️ Note: You are free to express your opinion but spam is strictly prohibited

10 GitHub Repositories every Developer should know

What is NPM : Getting Started with NPM

This Blog is Protected By DMCA.COM