How to Generate QR Code in Python? In this blog post, we're going to see the demonstration of QR code Generation with the help of few python lines. Before Starting Let's Understand What is a QR code and why it is needed?.

What is QR Code and What is the need for QR Code?

A QR code stands for quick response code. It is a type of matrix barcode (or two-dimensional barcode). A QR code consists of black squares arranged in a square grid on a white background, which can be read by an imaging device such as a camera, and processed using Reed–Solomon error correction until the image can be appropriately interpreted.

This is the QR Code of my YouTube Channel You can scan it to check! 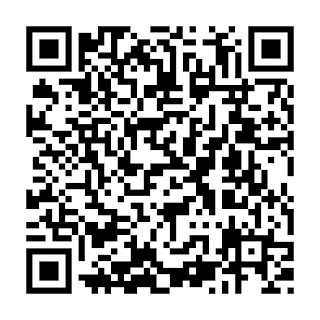 To generate a QR code we are going to use two libraries PyQRCode and pypng libraries.

You need to install them first on your local device by command:

After the installation of these two modules. let's use them by importing.

The scale parameter tells you the size/Resolution of the png image.

The above QR code is of scale=8

So, This is how you can Generate QR Code with 3 - 4 Lines of Code in Python. I hope you Liked This article.

Post a Comment
Spamming links and promoting products or services in the comments section is not only annoying, but it can also be detrimental to the quality of the conversation. Please refrain from spamming links or promoting products or services in the comments. Instead, focus on contributing to the discussion and sharing your thoughts and insights in a respectful and helpful way. Thank you for your cooperation.

How to Write a Compelling Blog Post?: 15 Tips to Help You!