Home
How to
Programming

How to Create URL Shortener in Python? Hello Readers! So, you would have seen short URLs being used in various places (social media, websites, messaging platforms, etc.). Short URLs are easy to remember or type so they are very popular. No one loves long URLs and so the need to shorten lengthy URLs often comes to us.

We can write a program in Python language for our needs. Then we can give a long URL as the input and get short URLs as output, too in very few lines of code. Is not it exciting? The use of various APIs does it very easily without having to dig into complex topics.

We're going to use a library named Pyshortener, which i think is the best library to shorten your URLs in Python. Let's begin the journey.

What is a URL Shortener?

A URL shortener is a simple tool that takes a long URL and turns it into a short url which can be easily, remembered by an individual.

PyShorteners is a Python library to help you short urls, it is the most . You just have to install the lib and you're good to proceed.

You can install the lib using the command given below.

After installing the PyShortener library let's start the Implementation part.

Here we have to import the PyShorteners Library before using it, if you have used python before you should can relate to it, but those who don't know about what we are talking about let's know that first.

In the first line of our code we have to import the library which we installed before, in order to use it's features.

Import the PyShorteners library using the code given below.

Once you have imported pyshorteners. Our next step is to create a variable named "URL" which is basically a variable, going to store our link which is going to be shortened. The link will be in double quotes as it is a string.

Next we're going to create another variable named "short_URL" which will call pyshorteners library, to shorten the url.

We have almost completed all the steps, in this last step we are going to print the URL which is shortened.

All complete here, is our final code.

Now, here is our output. 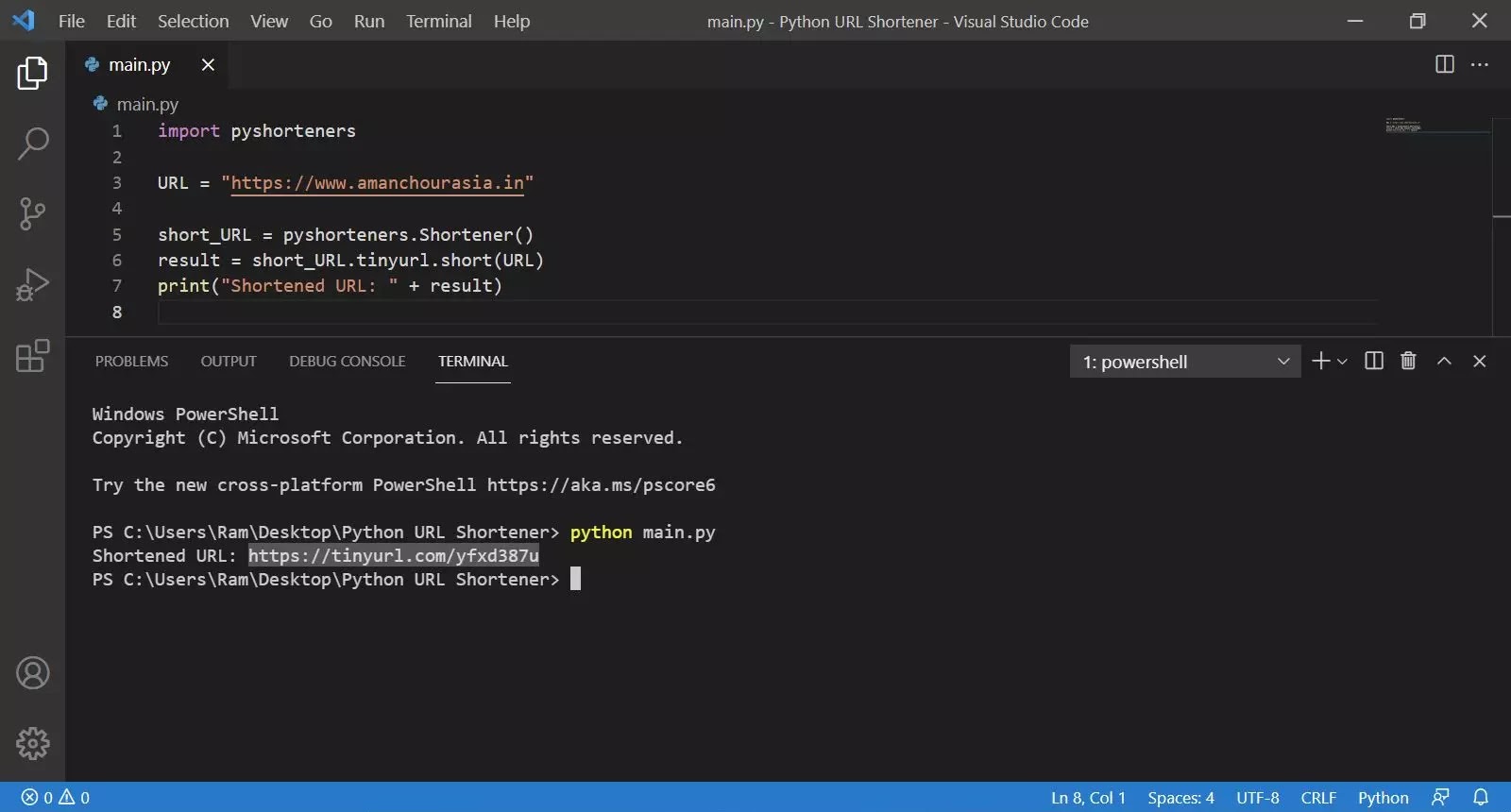 I really hope that you enjoyed reading this article and learned something from it. As a content creator and technical writer, I am passionate about sharing my knowledge and helping other people reach their goals.